Typographic printing or Embossed includes xylography (wood engraving) and linoengraving. In these techniques, what is reproduced in the paper is the image over the material surface.
The Xylography is the oldest engraving technique with its origins in the East, and its history begins with the invention of paper in China. This technique would be the basis, centuries later, around 1250 in Korea, for the Press invention, two centuries later reinvented in the West by Gutenberg. The press meant at that time, the most important revolution in communication culture

Different Kinds of burins and gouges

Xilography begans with the fiber engraving made over a wooden piece cut in vertical;  later on, the engraving in counterfiber appears (S. XVIII) where the wood is cut in horizontal. In this case, the final wood piece is done assembling smaller pieces, in a different direction to the tree fiber. The wood selected have to be slightly thick, pressure resistant and its surface should be pulished. The most used species are boxwood, walnut, alder, maple, poplar, oak, pear, cherry or apple. Currently, due to deforestation, the most used is pine wood and plywood, more accessible in the market. Since XX century, the linoleum appears and that results in a different technique: linoengraving 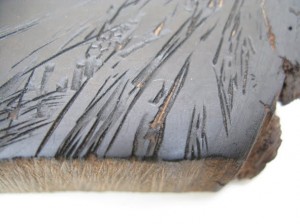 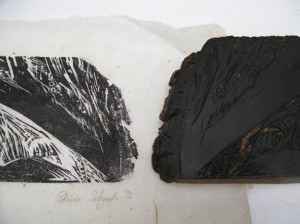 Linoleum is a semi-hard material that is basically linseed oil and cork pressed powder on burlap. Homogeneity against softwoods, allows engraving in all directions, but does not allow the expressive potential of engraving achieved in grain wood. In both techniques the ink is spread with a roller on the matrix surface, so the carved lines and holes in the linoleum are translated to the paper white and the relief in black or in the color used. 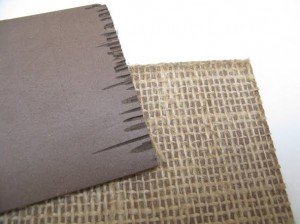 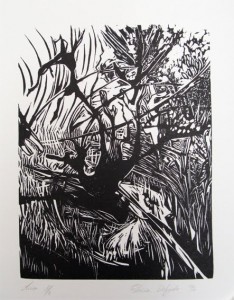